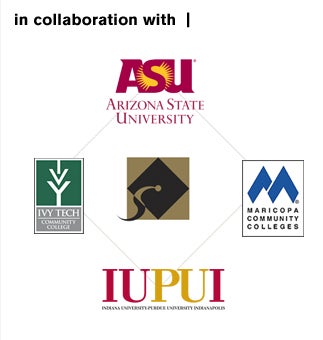 About the Nina Scholars Program

The Nina Scholars Program is a scholarship program dedicated to providing educational opportunities for individuals who would not normally receive traditional academic scholarships and whose personal commitments and financial circumstances would preclude their attendance without substantial, long-term scholarship support.

The Nina Mason Pulliam Charitable Trust seeks to help people in need, especially women, children and families; to protect animals and nature; and to enrich community life in the metropolitan areas of Indianapolis and Phoenix.

History of the Trust

Who was Nina Mason Pulliam?

As a high school sophomore, she received her first compensation for a literary essay. She went on to study journalism at Franklin College in Franklin, Indiana, and later attended Indiana University and the University of New Mexico. After college, she took a full-time job at Farm Life, a national magazine published in Spencer, Indiana. When the magazine folded during the Great Depression, she went to work in Lebanon, Indiana, for an ambitious publisher named Eugene C. Pulliam. They were married in 1941.

During their marriage, the Pulliams traveled abroad extensively as a husband and wife team. They were among the first Americans to visit and write about post-World War II conditions in Europe. Over 11 years, Nina Pulliam was published in newspapers throughout North America and her articles were compiled into seven books.

Nina Pulliam was the founding secretary-treasurer and a director of Central Newspapers, Inc. (CNI), which Mr. Pulliam had established in 1934. Upon his death in 1975, she served as president of CNI until 1979 and was publisher of The Arizona Republic and The Phoenix Gazette until 1978.

She was the first woman admitted to Sigma Delta Chi, now the Society of Professional Journalists. Mrs. Pulliam also loved flying and was the first woman to earn a private pilot's license in Indiana. She was also known for her lifelong love of animals and for her nature conservancy efforts.

Nina Pulliam was a compassionate business and civic leader, devoting many hours to civic, charitable, and community work. During her career she shared her financial success and business leadership skills with many charities in Indianapolis and Phoenix.