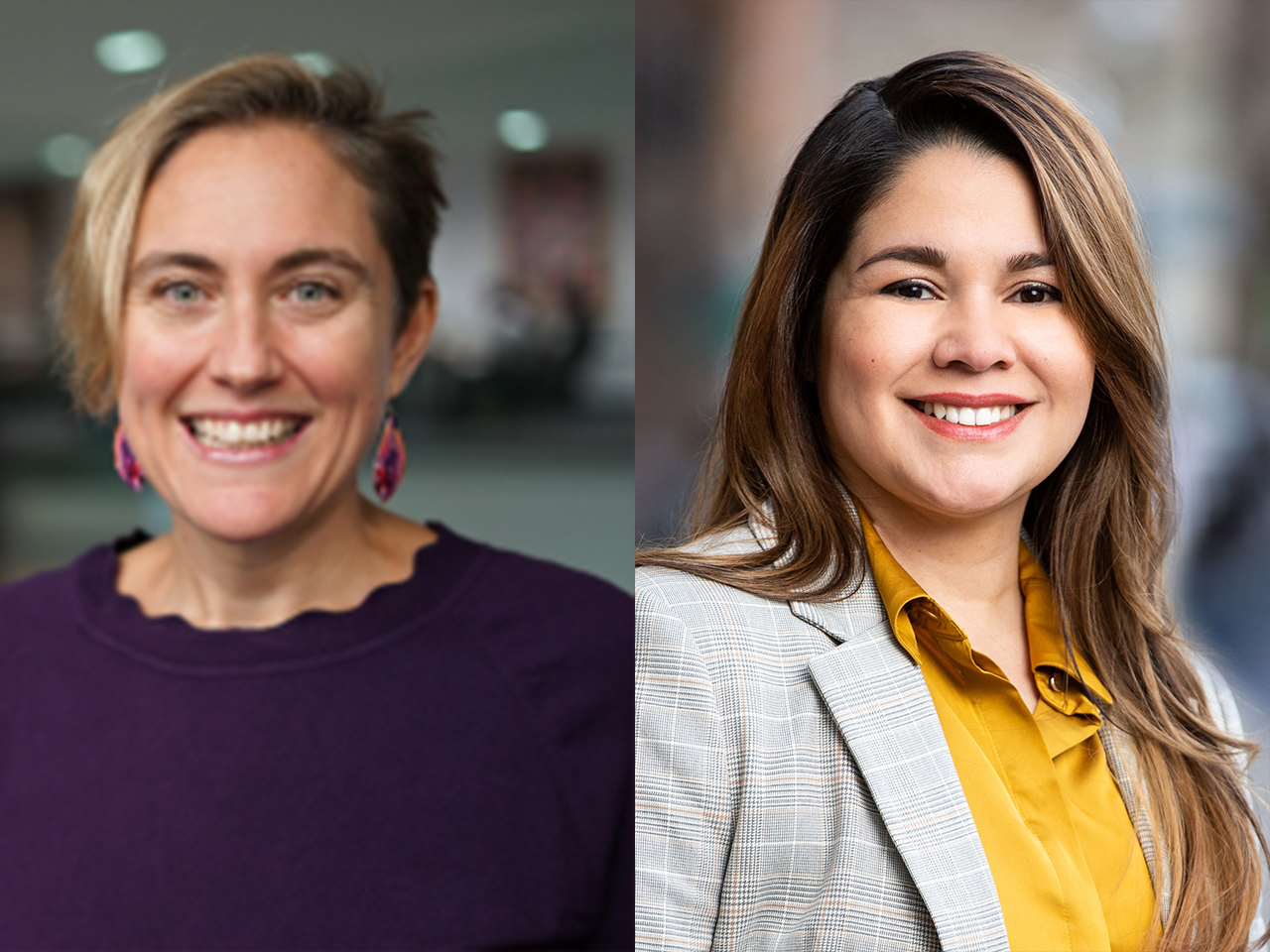 Two professors in ASU’s Watts College of Public Service and Community Solutions have received another grant to study homicide among intimate partners in two more states.

The $1.05 million grant from the National Institutes of Health’s (NIH) Eunice Kennedy Shriver National Institute of Child Health and Human Development (NICHD), is the second this year for Professor Jill Messing of the School of Social Work (left in photo) and Associate Professor Jesenia Pizarro of the School of Criminology and Criminal Justice (right).

In July, the two received $1.3 million from the National Collaborative on Gun Violence Research (NCGVR) to study intimate-partner homicide (IPH) in Missouri and Oregon.

The latest grant, announced by the NIH in October, funds a two-year study of IPH in Texas and Maryland. Messing said the two have also been studying IPH in Arizona and New Jersey. She said she and Pizarro plan to continue to apply for funding to include additional states in their research and take the study nationwide.

Messing is co-principal investigator for the study with Jacquelyn Campbell of Johns Hopkins University in Baltimore. Campbell is Messing’s mentor, and this research replicates a groundbreaking study that Campbell conducted in the 1990s. Pizarro is a co-investigator.

Messing said IPH is generally preceded by intimate-partner violence, or IPV. She said the new research will update and expand risk factors for IPH. This will occur in part through looking at different populations of those victimized by IPH, including LGBTQ persons, in addition to populations studied earlier, such as women murdered by men.

“One of the things that wasn’t done in the early study was to examine the effect different firearms had on IPH,” Pizarro said. “Having a firearm in the home increases risk for IPH, but more specificity is needed than was included in prior research.”

Messing said that while there has been research done on IPH since the 1990s, what is particularly important about her and Pizarro’s work is they will be interviewing people who knew homicide victims well and can provide details that would not ordinarily be included in examining precursors to the crime. They will interview IPV survivors as a comparison group, Messing said.

The new study will also examine “things we didn’t think about in the 1990s like cyberstalking, which can elevate the risk,” Pizarro said.

Messing and Pizarro said their research will accomplish the following aims: