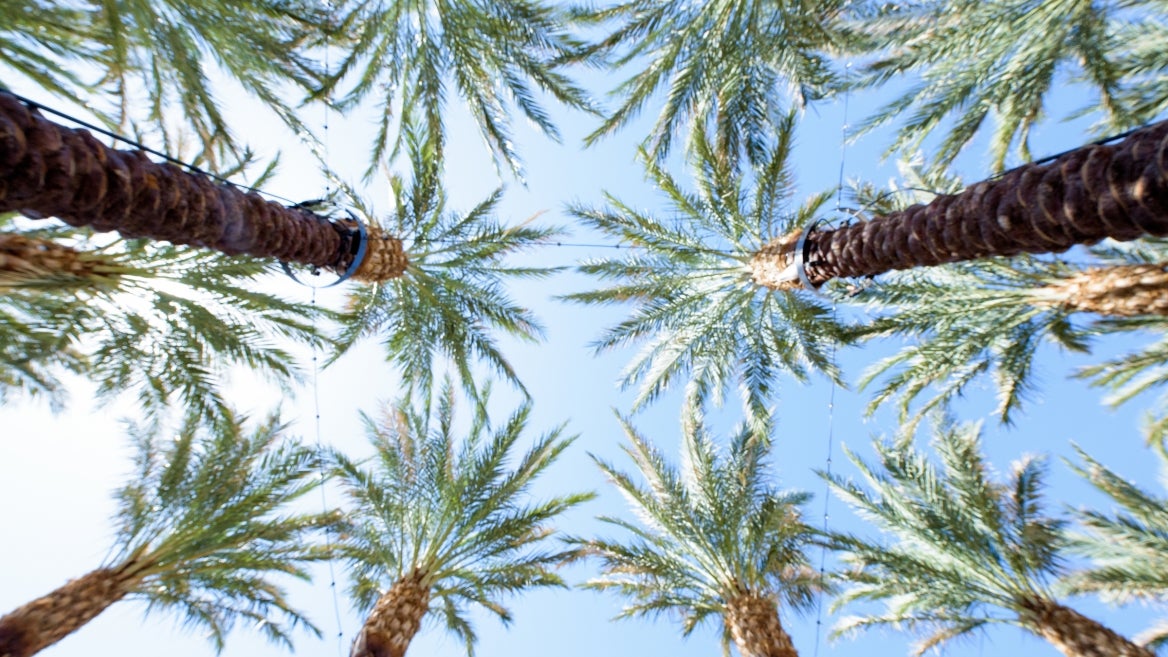 A new research report by the Morrison Institute for Public Policy at Arizona State University found that Latino and Native American people in particular are suffering from extreme heat in Phoenix, and the COVID-19 pandemic worsened their discomfort.

The report, titled, “Are State and Local Policies Addressing Community Concerns About Extreme Heat? A Case Study of American Indian and Latino Communities in Phoenix, Arizona,” was released Wednesday and included interviews with 72 community leaders and members in Phoenix about “thermal discomfort.” Among the main takeaways in the report: 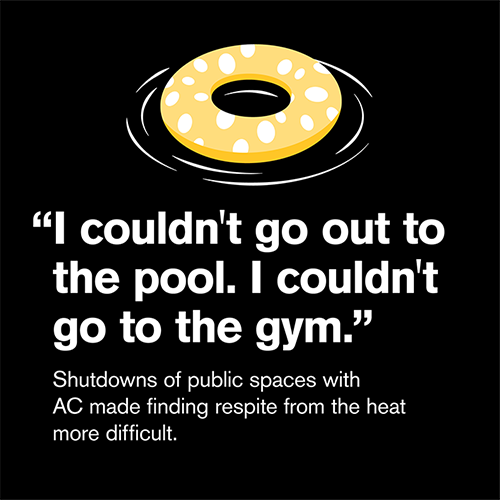 “Extreme heat can be deadly and disproportionately impacts neighborhoods where community members are low income or people of color,” Alison Cook-Davis, associate director for research at the Morrison Institute, said during a webinar to review the report on Wednesday.

Besides interviewing community members and leaders, the Morrison Institute research team also reviewed policies having to do with heat in the city of Phoenix. They found 51 policies, mostly having to do with information.

The report included quotes from the community members about dealing with the extreme heat of Phoenix.

Many said they endured the heat at home to save money.

One said: “It is kind of hard during the peak hours, you sit there and suffer it out for a few hours, but then, I mean, it does make a little difference on your light bill, probably like $30, $40 difference, but that helps out because in summertime your light bill is over $200 easily one month, as opposed to your wintertime when it's like $64.”

Some people said that being forced to work from home due to the COVID-19 pandemic was expensive and uncomfortable.

One said: “My work started a telecommute program ... so I had to adjust the temperature at home to make it comfortable during the day, and that increased my electric bill almost 50 to 60%. Once I realized that was happening, I had to adjust the temperature in the house, because I could just not keep up with that expense. I tried to look for other places that were safe, but I was not successful. So, I ended up with a huge electric bill that I'm still on a payment plan to cover that from last summer.” The research project, funded by the Walmart Foundation, was done in collaboration with the Nevada-based Guinn Center, which, like the Morrison Institute, is a nonpartisan policy research center. The Guinn Center team did interviews and policy analysis for the city of Las Vegas.

“Our results were very similar to Phoenix,” Nancy Brune, founding executive director of the Guinn Center, said during the webinar.

The Las Vegas researchers found more “nontraditional” workers exposed to extreme heat due to the pandemic.

“We typically acknowledge that construction workers and landscapers are vulnerable to extreme heat,” she said. “But we heard about grocery store workers on the back dock of the store filling orders for delivery and pickup, and UberEats delivery people, many of whom did not have functioning air conditioning in their cars.”

Dede Devine, CEO of Phoenix-based Native American Connections, said that Native Americans are overrepresented among the homeless population, which suffers from extreme heat in the city.

“Many of our homeless shelters are open at night but closed during the day, and the people are released into the community when heat is the highest,” she said. “These vulnerable people living outside are even more impacted because they have co-morbid health conditions, and COVID really brought that to light.”

Devine spoke during the webinar as part of a panel of city and nonprofit leaders from Phoenix and Las Vegas that discussed how to address the concerns raised by the report. For example, interviewees said that programs to help pay utility bills are good, but some suggested simplifying the process, increasing the maximum income level and removing immigration status from the applications. Audrey Peral, lead organizer at Make the Road Nevada nonprofit, said that undocumented community members fear that accepting any kind of assistance could imperil their ability to attain legal status.

“That’s a huge barrier,” she said. “Make sure programs are available to all folks, regardless of status.”

Both cities are working on mitigating extreme heat during transit. Phoenix hopes to have all of its bus stops shaded in the next few years, according to Mark Hartman, chief sustainability officer for the city.

“Cities typically don’t build bus stops — they order them, and they’re built for rain shelter, not sun that’s going to be moving throughout the day,” he said.

“We’ve been experimenting with misters during hot hours, and the next generation will be incorporating public art into bus stops.”

Interviewees in both cities said they wanted more shade in their communities.

Eva Olivas, executive director of the Phoenix Revitalization Corp., said her nonprofit is partnering with the Nature Conservancy to teach residents ways to mitigate heat in their neighborhoods. She said that trees are one way to provide shade, but maintaining them is expensive.

“One resident said, nobody considers school bus stops. You have parents waiting for children, and children waiting for the bus,” she said. “When you listen to residents, you hear about things that impact them every hour of the day.”

Olivas said that many people like to cool off at pools, but the water is too warm.

“We shade playgrounds. Why don’t we shade pools?”