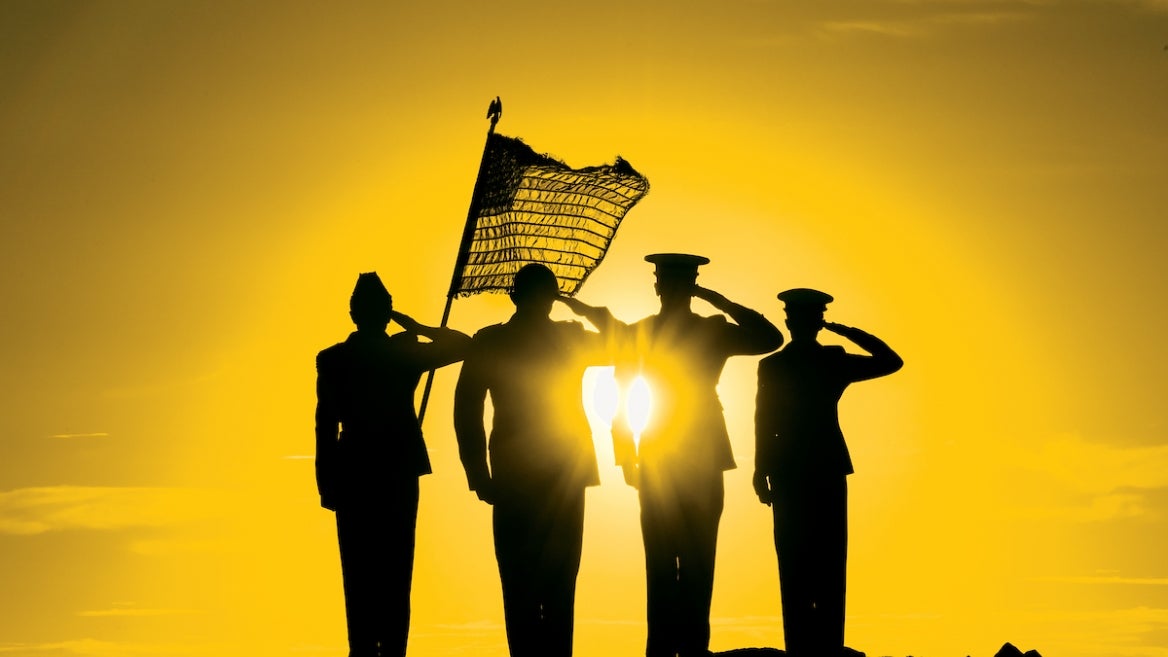 Arizona State University has a long history of supporting those in uniform, but the stance became university tradition in 2011 after the first Salute to Service was held to celebrate active duty military members and veterans.

This year Salute to Service runs from Nov. 1–11 with events scheduled across all ASU Phoenix-area campuses. Event organizers invite the campus community and the public to get involved.

The event theme — “Salute to Service through service” — points to a broadening of the idea of service beyond the military, said Steve Borden, director of ASU’s Pat Tillman Veterans Center.

“Few actions in life are more honorable than dedicating your life to serving others,” said Borden, a retired U.S. Navy captain and co-chair of the Salute to Service committee. “Whether you served in uniform as a member of the military, as a first responder or as a civilian dedicating your life to public service or helping those in need at home or abroad, it is all these selfless endeavors that we strive to recognize during Salute to Service.”

RELATED: 6 ASU veterans share the keys to their success in college

ASU contributes in the veteran, service and national defense space through robust academic and support programs, and other far-reaching initiatives. To gain perspective on the range of the university’s military focus and achievements, here are 10 unique ASU facts:

In the past five years, enrollment of student veterans and other military-affiliated students using GI Bill and/or Department of Defense tuition assistance benefits has more than doubled. Per capita, ASU boasts more military-affiliated students than most other universities, ahead of schools traditionally known for military friendliness, such as Syracuse, Texas A&M and Colorado State.

2. ASU faculty includes more than 150 members who have served in the U.S. military.

Over 460 military veterans work at ASU, including 151 in the faculty and 312 who are university staff.

3. The first and only university Public Service Academy in the nation to date resides at ASU.

The Public Service Academy, a unit of the Watts College of Public Service and Community Solutions, prepares students for careers in public service through a challenging program that provides unique education and service opportunities with the goal of building character-driven leaders. Established in 2014, the academy graduated its first student cohort in May 2019.

In fiscal year 2019, ASU researchers submitted $186 million in proposals to the Department of Defense, received more than $50 million in award obligations and reached more than $36 million in DOD-funded research expenditures.

5. ASU researchers are helping the U.S. Army discover how best to use pollen to trace origins of explosives and other materials.

With support from a Department of Defense Multidisciplinary University Research Initiative grant awarded by the U.S. Army Combat Capabilities Development Command’s Army Research Laboratory through its Army Research Office, faculty with ASU’s Center for Spatial Reasoning and Policy Analytics are using forensic palynology to improve the U.S. government’s ability to identify where and when weapons of mass destruction are moving.

6. ASU is home to one of the oldest Army ROTC programs in the nation.

Army ROTC was established at ASU in 1935, followed by Air Force ROTC in 1948, and Navy and Marine Corps ROTC in 2010.  The ROTC programs combined host over 450 students. Upon graduation, students are commissioned as officers in their respective service branches. The College of Liberal Arts and Sciences houses and supports all the ROTC programs.

9. ASU leverages the experience of top military leaders through its Flag Officer Council.

Created in 2014, the council provides advice and perspective to the university including ASU President Michael Crow, faculty and staff on matters of national significance. The council consists of retired military generals and admirals who served in the Army, Navy, Air Force, Marine Corps and Coast Guard. They are leaders who have worked in the highest levels of government at home and abroad, combating terrorism, responding to national disasters and defending the homeland. They are experts in complex decision-making, leadership, strategic planning, business development and many other fields.

10. The Veterans ASU Alumni Chapter serves as a focal point for veteran graduates.  Many alums have distinguished themselves through military and public service, including:

Peggy Coulombe of the ASU Office of University Provost contributed to this article.