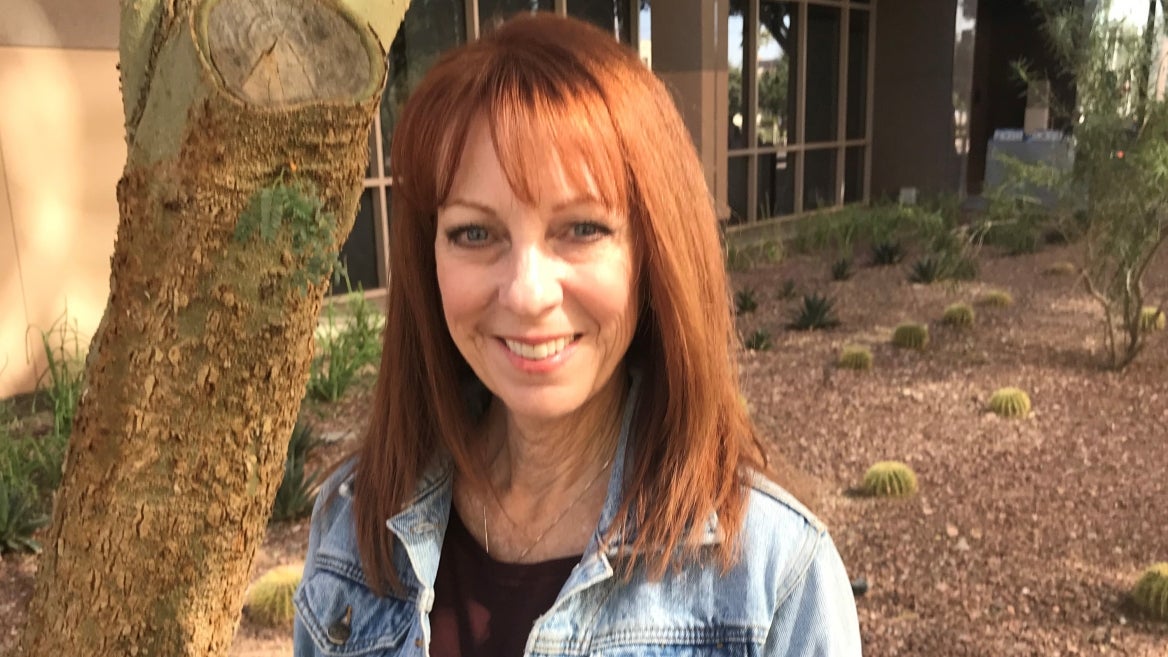 Editor’s note: This is part of a series of profiles for fall 2019 commencement.

For Wendi Malmgren, it took a community of friends, fellow students, teachers, tech support staff and field instructors to facilitate her success as a graduate in the Master of Social Work online program at Arizona State University

Several difficulties presented themselves to the School of Social Work’s fall 2019 Outstanding Graduate. The biggest: During her course of study, Malmgren had to deal with the deaths of two immediate family members.

As a returning student, she found the online program technology to be daunting, and considered transferring to the traditional classroom model. But through it all, Malmgren said she found ways to succeed. Her first ASU experience two decades ago, after all, was a rewarding one.

“My history with the university goes back 20 years, not as a student, but working with faculty in the theater department to develop and sustain an arts-against-violence program and provide an alternative field education experience for theater majors,” she said.

Malmgren had been in the social work field for those two decades before realizing she was ready for a new challenge.

“I wanted to add depth and breadth to my academic experiences, and ultimately want to obtain a clinical license in social work,” she said.

“As a single mother who raised two daughters, I understand many of the challenges facing women in today’s world,” she said. “I believe that women’s rights are human rights, which must be honored and protected."
— Wendi Malmgren

Malmgren, from Phoenix, is a member of the second cohort of the online MSW program. She said that changing from the classroom to online was frustrating at first. But within the first few weeks she was able to reach out to other students, instructors and tech staff, and with their support, began to embrace the new learning opportunity.

That support enabled her to reach her goal and pursue her dream of practicing in the rural community where she has lived, completed an internship and plans to return: Coeur d’Alene, Idaho.

“Without that support and encouragement, I was ready to terminate my program and revert to the classroom model,” she said. “Ultimately the online program provided the flexibility to participate in my first internship in Coeur d’Alene and a second in Phoenix with ASU.”

She said she is grateful for School of Social Work faculty members Associate Professor Joanne Cacciatore and Lecturer Jamie Valderrama for support and compassion while dealing with the deaths of her father and daughter during her program.

Both faculty members provided sensitivity and understanding at a time when Malmgren was seriously deciding whether to postpone her program or even go into another professional direction.

Once she returns to Idaho after graduation, Malmgren plans to take the Licensed MSW exam in January, then ultimately obtain a clinical license, which requires 3,000 hours of supervised practice.

If she were to be granted $40 million to solve one of the world’s problems, Malmgren said she’d use the money to advance women’s rights.

“As a single mother who raised two daughters, I understand many of the challenges facing women in today’s world,” she said. “I believe that women’s rights are human rights, which must be honored and protected."