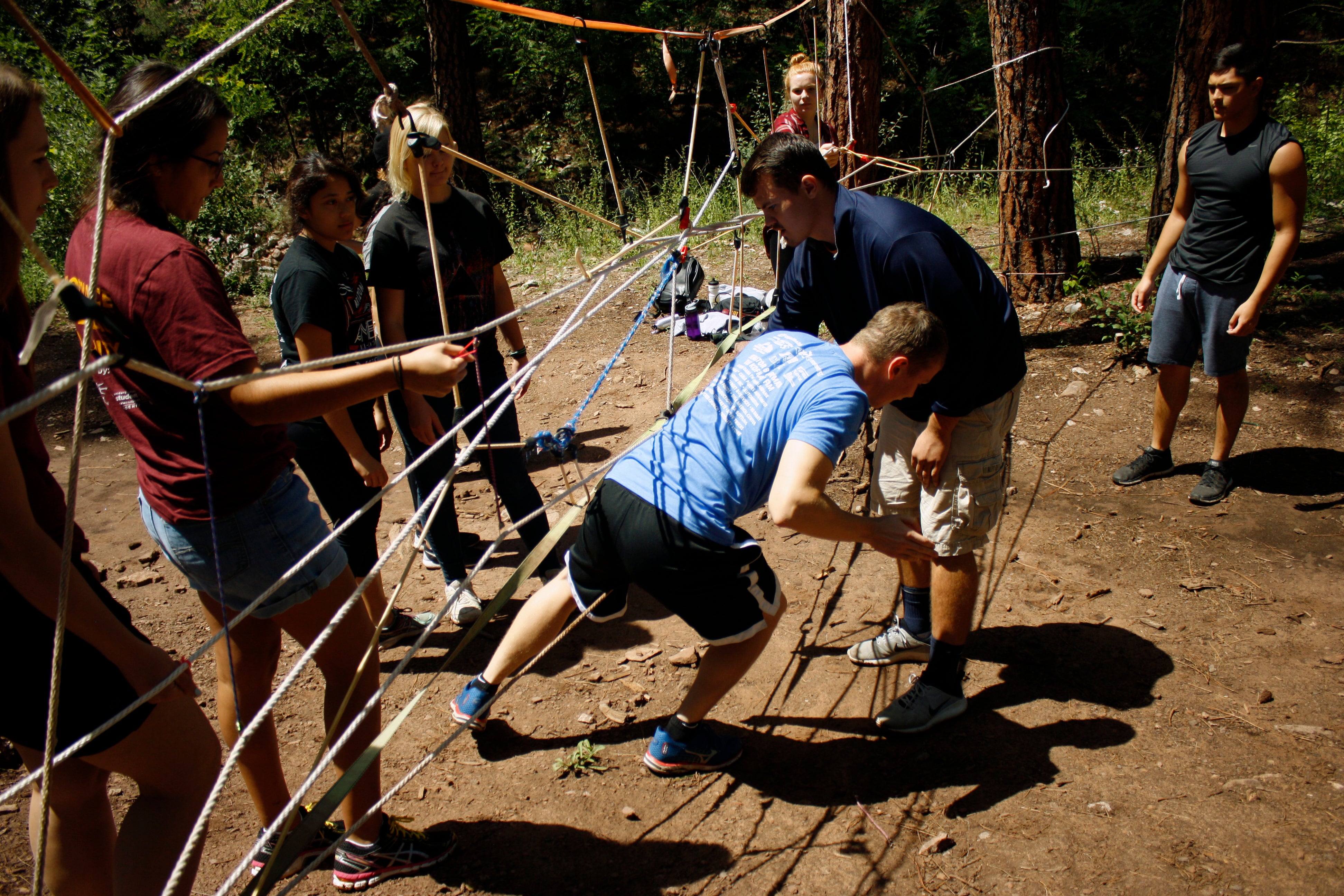 More than 260 aspiring leaders are learning the nitty-gritty details of how to serve their communities at Arizona State University’s innovative Public Service Academy, which is marking its one-year anniversary with plans for expansion.

The Public Service Academy, which just welcomed its second cohort of students, was the first undergraduate program in the nation to create a collaborative military and civilian service experience when it debuted in fall 2015.

The program educates young people in the real-world skills they’ll need to solve complex problems, including how to define a need, get around bureaucratic obstacles, communicate with a team, ask for money and finish a project — all while keeping true to their own value systems. The academy’s graduates will go on to serve in areas including nonprofit organizations, the civil service and the military.

In its second year, the academy is growing its scope by recruiting veterans to serve as mentors and setting up a military-style leadership system called “mission teams” for the 156 freshmen and 110 sophomores.

“Lots of people have good ideas and lots of people have good intentions but if they don’t match that with the leadership skills necessary to effect change, they’ll never get there,” said Brett Hunt, director of the Public Service Academy. Hunt holds the Michael M. Crow and Sybil Francis Endowed Directorship for the Public Service Academy. His position was funded a year ago by a $1.2 million commitment from ASU President Michael Crow and his wife, Sybil Francis, executive director of the Center for the Future of Arizona.

Today, Crow and NBC senior correspondent Tom Brokaw will discuss the Public Service Academy at the 2016 Concordia Summit in New York. Brokaw, who wrote “The Greatest Generation,” about the citizens who came of age during the Great Depression and the Second World War, was the founding author of the concept to create a network of public service academies.

“The Public Service Academy is taking that spirit of serving something larger than yourself that was ingrained in that ‘Greatest Generation,’ and we’re applying it to the challenges we face today,” Hunt said. Freshman Jeffrey Gaona (right) makes a point to Katie Harris and Jacob Ragsdale (left) as they discuss an ethical dilemma in their "Foundations of Cross Sector Leadership" class. Photo by Charlie Leight/ASU Now

Jeffrey Gaona is a freshman who knows he wants to tackle the complex problem of health care costs.

“One of my missions will be health care for everyone,” said Gaona, a biological science major. Gaona started learning the health care industry as a high school student who often had to help his Spanish-speaking parents with forms that were in English.

“They would say, ‘Here, help us with these papers.’ So it was something I was forced to learn about.

“We need an alternative method of providing health care to the people who are not able to pay for it.”

The Public Service Academy experience is deep and broad ranging, with students asked to do everything from simulating battlefield scenarios to examining their personal ethics.

The students, who get scholarships and are admitted into the corps after an interview process, combine academic credits with experiences outside the classroom.

That self-discovery extends to the leadership courses. In the “Foundations of Cross-Sector Leadership” class, the students evaluate thorny ethical situations. At a recent class, the 40 students discussed a case study in which a Marine had to decide whether to help an injured child in enemy territory, which could imperil his platoon. Instructor Stephanie Parra listens to Kenny Silvestro as he defends his point during a discussion in the "Foundations of Cross Sector Leadership" class. Photo by Charlie Leight/ASU

The instructor, Stephanie Parra, said the goal is to teach the class how to consider ethics while making decisions, which is something she does regularly in her capacity as a member of the school board in the Phoenix Union High School District. (Parra worked for Teach For America and is a graduate of ASU.)

“I can share my own personal experiences about how I navigate decision-making at the board level, especially when facing an ethical dilemma, such as funding or paying a living wage to our teachers and staff,” she said.

“It’s exciting that the students are getting this values-based curriculum at a young age. I wish I had had that kind of ethical training as an undergraduate.”

As a way to bridge the civilian-military gap, the Next Generation Service Corps students often work on missions side-by-side with students in the Reserve Officer Training Corps. Last fall, several Next Generation freshmen participated in field-training exercises with Army ROTC students at Tempe’s Papago Military Reservation in which they held dummy rifles and simulated battle conditions.

New this year is the Veterans Fellowship Corps, a two-year certificate program that has 10 participants who entered degree programs at ASU after leaving the military. The goal is to leverage their experiences and also build the skills they need to get jobs, according to Michelle Bravo, program manager and Army veteran.

Bravo said the interactions between the young students and the older veterans are key.

“Sometimes I think there are misconceptions and (the students) are really intimidated by the military. The veterans can see that not every freshman is self-centered and that they’re passionate and care about things,” Bravo said.

Hunt is pleased at the diversity of the freshmen cohort, which represent 67 majors from 29 states and two countries. Fifty-two percent of the class is non-white and 20 percent are first-generation college-goers.

“The level of empathy that they’ve gained through their own personal life experience or through service they’ve already done is just amazing,” he said.

Also new this year are the mission teams, with students divided into groups that choose and tackle a social mission, for example, combatting sex trafficking.  Students will stay with a mission team all four years.

“They’ll go all the way from that first summer intern who doesn’t know where the bathroom is to the person who is the lead on the project,” Hunt said of the military-style system.

Each team will partner with a community organization and carry out a project, which can take as long as needed. “That was based on a lot of feedback from our community partners, who said that students come up with great ideas, but the semester ends and the students move on to their next classes,” he said.

For example, students worked at the McCain Institute over the summer analyzing how first responders are trained to detect whether patients may be victims of sex trafficking. The students put together the survey data and next will create a training curriculum.

Hunt said that the academy staff has learned that letting students make mistakes is one way for them to learn how to be leaders.

“Last year, it was me up at the white board saying ‘be here at this time’. But now our students are in charge of planning and communicating, and we’re critiquing their leadership skills. And they’re finding that communication is a hard thing.”

Looking ahead, the Public Service Academy will continue to expand. Next year, juniors will be in project-based mentorship program, and all classes will have an immersive experience, such as spending several days volunteering on an Indian reservation.

Hunt’s mission is to help other universities launch their own Public Service Academies, which he hopes to complete in the next few years.