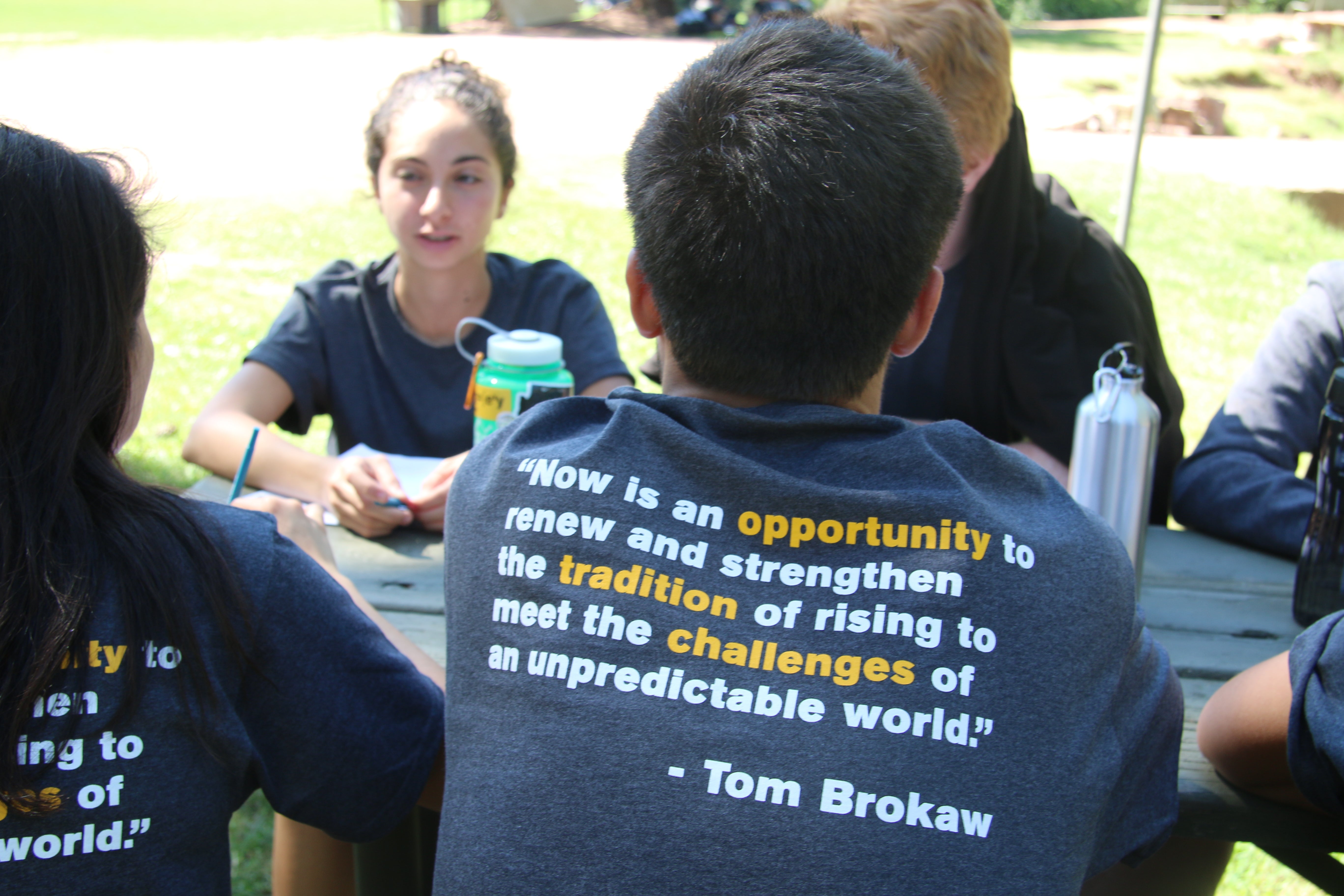 Arizona State University President Michael Crow and his wife, Sybil Francis, announced Wednesday a $1.2 million commitment to fund the directorship of the ASU Public Service Academy, a new center created to educate purpose-driven leaders who intend to serve in nonprofits, the civil service and the military.

The gift from Crow and Francis, who serves as executive director for the Center for the Future of Arizona, comes as the academy welcomes its inaugural cohort of 100 service-oriented students to their first semester on campus.

“This program will build a culture of service and a pipeline of leaders who will work across sectors to undertake humanitarian efforts and to address real-life issues facing our unpredictable world,” said Crow. “Public service is something to which Sybil and I have devoted much of our professional lives. It is fitting that emerging leaders in the field are trained at ASU — a solutions-focused institution committed to the highest level of academic excellence to achieve maximum societal impact. We are eager to witness these leaders go on to improve communities in Arizona and across the world.”

Crow appeared on several national news shows in New York on Wednesday morning to speak about the gift.

“We're building an academy where people will learn practical aspects of leadership and will take their regular major and will have scholarships training side by side with future military officers to produce the new kinds of leaders,” Crow told the “Today” show.

“How many times in the past have we talked about only really respecting people who put their money where their mouth is? Dr. Crow is putting money where his mouth is, and is personally donated more than $1 million to this academy,” Lauer said.

Tom Brokaw also appeared on the show to speak about Crow and his actions.

“I'm not afraid of embarrassing him, but everybody regards him as one of the two or three greatest university presidents that we have in this country because he is so dynamic,” Brokaw said.

The gift — composed in part from contributions by private supporters to the Presidential Leadership Chair, a fund established to provide ASU with resources to retain and incentivize university presidents — will permanently establish the Michael M. Crow and Sybil Francis Endowed Directorship for the Public Service Academy.

“It is absolutely in keeping with Mike and Sybil’s character that their first thought was to give money intended for their family to Arizona State,” said former Pepsi-Cola chairman and chief executive officer Craig Weatherup, who helped lead the effort to provide funds for the chair. “I expect the Public Service Academy will be the next great ASU initiative to reshape higher education and the economic future of America.”

The Public Service Academy is embedded in ASU’s College of Public Service and Community Solutions, where Crow is a professor of science and technology policy and public affairs. Crow’s career in public service dates to 1974, when he joined the University Year for ACTION, an affiliate program of the Volunteers in Service to America (VISTA). Similarly, Francis began her career in 1980 as a congressional aide before serving in the White House’s Office of Science and Technology Policy.

The new Public Service Academy offers two tracks: Reserve Officer Training Corps, the existing university-based program to commission officers in the U.S. Armed Forces, and the Next Generation Service Corps, an original program for students from all majors to become civilian service leaders. Both tracks include a unique civilian-military collaboration, a series of seven leadership courses and a set of summer internships in nonprofit, government or private organizations.

The academy’s director, Brett Hunt — a former captain in the U.S. Army and Foreign Service officer for the U.S. Department of State who was appointed to the Public Service Academy in June 2015 — will be the first to hold the endowed directorship role. He said he is renewed by this generation’s focus on moving the needle for social good — even more than on securing high-paying jobs.

“We are thrilled by Brett’s vision for creating the pre-eminent training hub for the next generation of change-makers,” said Francis. “Brett is an energetic leader who has spent his career shaping the dialogue around public service. He embodies the spirit of community improvement and commitment to the public good that is the backbone of ASU’s charter. We are delighted to give back to this thriving university as it defines a new model for the betterment of our society.”

Jonathan Koppell, dean of the College of Public Service and Community Solutions, added, “We are enormously grateful for this transformative commitment, which will support the Academy’s director in perpetuity, and for the generosity of private donors like Dr. Francis and President Crow who take seriously our commitment to cultivating the spirit of public service that is strong in so many ASU students — regardless of major or career path. Their example is one we should all follow.”

A formal launch event for the Public Service Academy is scheduled for early November.