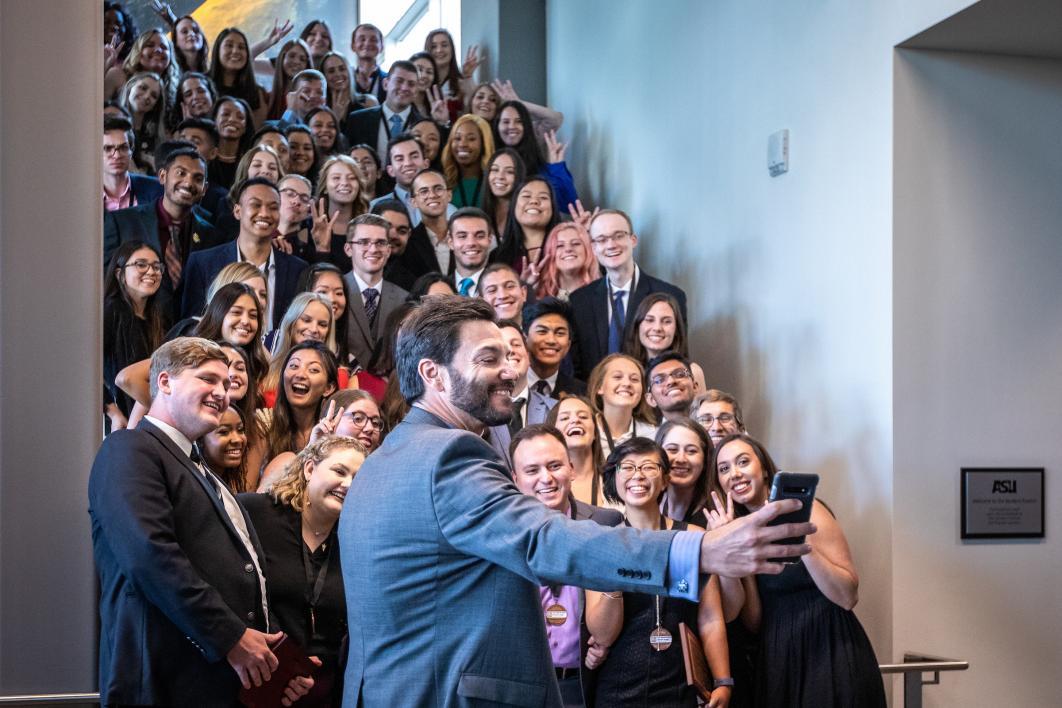 Arizona State University’s Public Service Academy (PSA), part of Watts College of Public Service and Community Solutions, saw its first graduating class of the Next Generation Service Corps at its medallion ceremony May 4, 2019.

The 86 students were recognized for their hard work, dedication, and selflessness in their commitment to public service.

The PSA’s Next Generation Service Corps (NGSC) launched in 2015 and now in its fourth year, is a collaborative leadership development program that trains undergraduates to positively impact society by working across sectors — military, government, private and nonprofit.

The PSA’s Next Generation Service Corps (NGSC) brings to life founding author Tom Brokaw’s vision for a national network of public service academies that provide citizens with an opportunity to serve our country. It was made possible under the leadership of its executive director, Brett Hunt, and collaboration with ASU’s Office of University Initiatives and Watts College leadership.

The 556-member Corps answers the nation’s call for a new type of leader: a character-driven leader armed with the courage to cross sectors, connect networks and ignite action for the greater good.

As part of its cross-sector and impact focus, Corps members work closely with both ROTC cadets and with partner organizations in the community.

NGSC students choose a social mission in addition to their academic major. This mission drives their internships and experiences throughout the program.

Working directly with the Arizona Department of Emergency Management, Corps members and cadets simulated a wildfire scenario where they played different roles and made decisions on their next steps as the crisis escalated. Partners included the Arizona National Guard as well as state and local emergency management agencies and nonprofits.

The graduates will be going onto national service, military service, pursuing higher education and entering the public, private and nonprofit sectors.

You can watch the complete ceremony at https://www.ustream.tv/recorded/121663477.