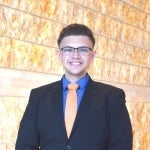 Jacob Acuña is a senior honors student pursuing a Bachelor of Science in Political Science along with a minor in Spanish. Currently, he is the Vice-President of the Chi Beta Chapter of Sigma Lambda Beta International Fraternity, Inc. This past year, Jacob served the ASU community as a Success Coach at the First-Year Success Center, was invited into The Phi Beta Kappa Society, and was selected to participate in the Public Policy and International Affairs Program’s 2019 Junior Summer Institute at the University of California, Berkeley’s Goldman School of Public Policy as a fellow. Additionally, Jacob has interned for the Tucson district office of Representative Raúl Grijalva and The Florence Immigrant and Refugee Rights Project amongst other political, nonprofit, and student organizations. Jacob intends to pursue both a Masters of Public Policy and a law degree in order to be equipped with the tools and access to higher spaces of government to advocate for his community. He plans to become either an immigration or civil rights attorney and intends to run for a state office in the future to craft sustainable and equitable policy for the people of Arizona. 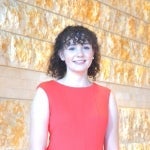 Michelle Ailport is a second-year honors undergraduate studying journalism and mass communication in the Walter Cronkite School of Journalism and Mass Communication. She’s also pursuing a minor in public service and public policy and certificates in social-legal studies and cross-sector leadership. She is from Maryvale in Phoenix, Arizona, and she is the first in her family to go to college. On campus, she serves as Vice President of Services in Undergraduate Student Government Downtown, advocating for student voice and access to higher education, and the Committee for Campus Inclusion. Beyond that, she is involved in NLGJA, Normal Noise Magazine, and roller derby. She also works in areas of education equity and sexual violence prevention through her work with The College Board Youth Advisory Council and BLOOM365, where she is a lead peer advocate focusing on engaging youth through digital media and storytelling. She aspires to become a Report for America Corps member, work in the public or nonprofit sector or pursue law school to combine her passions for storytelling, community impact and social change. 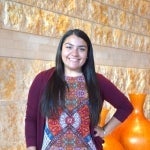 Cynthia Alaffa is a Phoenix native and recently graduated Summa Cum Laude with a Bachelor’s degree in Social Work as a first-generation student from Arizona State University. During her undergraduate years, she was an ASU Nina Mason Pulliam Legacy Scholar and ASU Bridging Success student worker. She worked as a peer mentor assisting students with their transition into ASU, and enjoyed connecting with students and helping them understand how to overcome the challenges they would face as college students. She is now serving as a Graduate Assistant for the ASU Nina Mason Pulliam legacy scholars’ program. Cynthia is currently working towards dual Master’s degrees in Social Work and in Higher Education, and is passionate about educating herself on the different issues and needs of the community she serves. She also has a passion for creating change for underprivileged youth who do not have a voice of their own. She expects to graduate in May of 2020 with her Master’s in Social Work and December of 2020 with her Master’s in Higher Education. 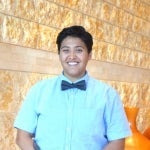 Lorena Austin is a senior pursuing a degree in Transborder Studies: U.S. & Mexican Regional Immigration Policy and Economy with a certificate in Cross-Sector Leadership. Lorena attended Mesa Community College where she became Student Body President and dedicated her term to empowering the student's voice. Upon transferring to ASU, Lorena was accepted into the Next Generation Service Corps through ASU’s Public Service Academy, which aims to cultivate leaders who can solve complex challenges through cross-sector collaboration. Lorena has held internships with Maricopa Community Colleges, as a project manager in Student Affairs; as an Advisor for Anytown Leadership Camps, where she led workshops on LGBTQ+ advocacy; and with Verizon’s Innovative Learning program, which brings advanced technology and curriculum to Title 1 schools. Most recently, she was selected as a fellow in the competitive Arizona Hispanic Bar Association's Pipeline Fellowship. Lorena is passionate about LGBTQ+ legal rights and advocacy, reestablishing education funding and helping marginalized communities strengthen their infrastructures to thrive and avoid displacement. She also volunteers for United Food Bank, East Valley Hispanic Chamber of Commerce and sits on the Latino PAC del Rio Salado board. Lorena will apply to law school in Fall 2020. 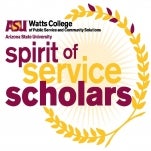 Paisley is the inaugural Graduate and Professional Student Association (GPSA) Director of Diversity and Inclusion and Teaching Assistant/Instructor for Major and Career Exploration courses ASU 101 and UNI 150. A communications strategist and thought leader in the business of entertainment, media, and sport, she is a third-year Ph.D. student at the Cronkite School of Journalism and Mass Communication earning a graduate certificate in Socio-economic Justice at the School of Social Transformation. Studying intersectional identity, technology, and advocating for socio-economic justice through sport and popular culture in a digital world, her research champions equality and access for all people. She earned her MBA from Georgetown and a BA from the University of Southern California. At ASU, Paisley is an activist scholar for youth who served as the 2018-19 Arizona Pathways to Prosperity Graduate Research Assistant/Associate at the Center for the Future of Arizona and Academy Operations Leader for the Pastor Center’s Public Service Leadership Academy for back-to-back summers in 2018 and 2019. Paisley is a change agent uniquely positioning herself as an influential public scholar and humanitarian challenging conventional business wisdom and breaking through the status quo in entertainment to rewrite the rules for the next generation. 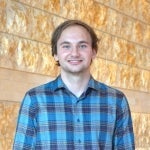 Dino is a Junior studying Political Science and Philosophy (Morality, Politics, Law) at Barrett, the Honors College at ASU. Dino grew up in Scottsdale, Arizona and is passionate about public service and policy. Dino’s passion and interest in public policy began during his freshman year when he was a Senate Page during the 2018 legislative session, where he learned about the function of state agencies and the legislative process. Dino currently works at the Arizona State Senate as the Constituent Services Specialist, where he acts as a bridge between Senators, constituents, and government agencies or other organizations. His role requires him to resolve constituent issues through investigation, intervention and advocating for the constituent directly. As an undergraduate, Dino worked as a research assistant for Dr. Maura Priest, where he researched the long term effects emotional abuse has on adolescents. After graduation, Dino intends to go to law school and pursue a career as a public defender. 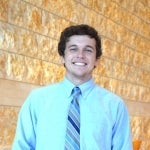 Justin Heywood is a senior seeking a degree in Political Science and Civic and Economic Thought and Leadership with a minor in Spanish. After witnessing the divisive nature of the 2016 election, Justin developed a strong academic interest in the study of polarization in American politics. This led him to serve as the President of BridgeASU, a 501(c)(3) organization that seeks to bridge the political divide and mend the frayed fabric of our political culture. For Justin, expanding educational opportunities for all creates a solid foundation for promoting collaborative civil discourse. Consequently, he serves as a First-Year Success Coach where he facilitates students’ transition from high school to college through peer-based mentorship. Formerly, he worked at the Arizona State Senate as a Lead Page where he led a team of 22 fellow Pages in assisting senators throughout their day-to-day tasks. In his free time, Justin likes to challenge himself by learning new, perhaps atypical, things like how to juggle or ride a unicycle. Upon graduation, Justin hopes to volunteer with the Peace Corps and plans to attend law school in the near future. 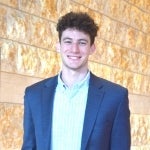 Jack Longo hails from Glendale, Arizona, and is a senior studying Economics and English literature in the College of Liberal Arts and Sciences. This past year, he worked as the program assistant for the ASU Tillman Scholars: Leadership Through Action program; he also taught guitar as a mentor for Talent Match. Jack is currently establishing The Arizona Edit, a student-run, Arizona-focused politics and culture publication. In the short-term, he hopes to educate his fellow Sun Devils and shift political discourse towards important, local issues. In the long-term, he is considering a career as a Supreme Court Justice, Nobel Prize-winning economist, and/or Pulitzer Prize-winning author. 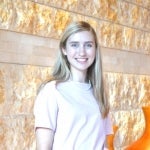 Hannah, originally from Prescott, is a junior studying Business (Public Service & Public Policy) in the W. P. Carey School of Business and Barrett, the Honors College. Hannah first became interested in education policy because of her involvement with her parents’ student tuition organization, which gives scholarships to students attending private, Christian schools in Arizona. Hannah worked for two sessions at the Arizona Capitol as a Senate Page where she learned about the legislative process and the education issues facing Arizona. As a student, Hannah served as the Director of Public Relations for Undergraduate Student Government where she encouraged student engagement. She has volunteered on multiple political campaigns in Arizona. Last summer, she interned in Washington, D.C. in Congressman Paul Gosar’s Office. Hannah plans to pursue a Masters in Public Administration and then advocate for school choice and education reform. 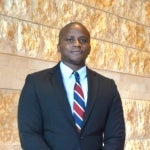 Aaron Pressley is a graduate student studying Public Administration at the Watts College of Public Service and Community Solutions. He was born in Compton, California but raised in Phoenix, Arizona. As a former Associate for the White House Office of Presidential Correspondence, Aaron served the office by reading, understanding, and relaying the comments and concerns of United States’ residents to the office of the President. Aaron considers himself a public servant, obligated to contribute to the betterment of society. Aaron’s years of experience in the autonomous vehicle industry inspired him to choose the issue of driving safety as his area of focus. He aspires to one day be in a position to influence the regulation and advancement of self-driving technology through the public sector. He envisions a day where autonomous vehicles are providing safe and affordable travel or utility for everyone. Until then, Aaron seeks to serve the public by raising awareness of the importance of driving with care and concern for others on the road. 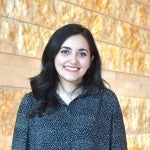 Hanna is an incoming senior studying Public Service & Public Policy, minoring in Women & Gender Studies and Civic & Economic Thought & Leadership. She is an Arizona native, born in Tucson and raised primarily in Phoenix. Hanna’s interest in civic engagement, higher education, and equal representation in government began when she started working at the Arizona State Senate as a Page. She hopes to increase levels of civic engagement among young people by educating students on how to make voter registration and voting more accessible, and as a result, electing a more representative government. As a student, Hanna has been involved with Undergraduate Student Government-Tempe since she came to ASU and will be serving as Student Body President for the 2019-2020 school year. After graduation, Hanna will be registering people to vote and field organizing for the 2020 Presidential election. Hanna hopes to pursue her Master’s in Higher Education and work towards affordable and quality education for all students regardless of background and physical location. 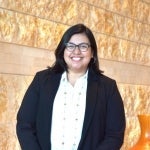 Bella is one of three daughters to wonderful parents and grew up locally in the Valley of the Sun as a first-generation college student. After graduating from ASU with a Bachelor of Science in Justice Studies and a Bachelor of Arts in Spanish, Bella participated in the AmeriCorps program with Public Allies of Arizona. She partnered with a local non-profit, Tumbleweed Casa De Sueños where she learned about the plight of unaccompanied minors who were seeking better lives. After concluding her program in 2013, Bella stayed to work with immigrant youth for almost five years. She served as a case manager and coordinated the family reunification process for the youth and their families. While there, she realized the vital role performance quality improvement plays within organizations in regards to accurate reporting for grant renewal and returned to ASU to further her education. She is a graduate student pursuing concurrent masters in Social Work and Public Administration in the Watts College of Public Services and Community Solutions. In her free time, Bella volunteers with local organizations that support immigrant youth.