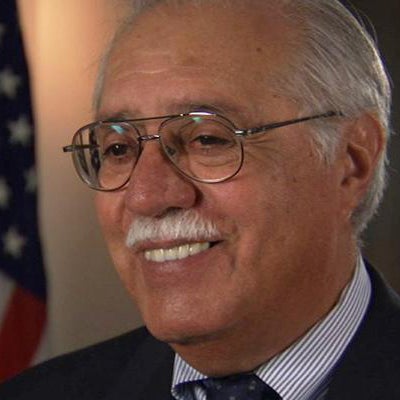 Pastor was the son of a miner from Claypool, Arizona and the first in his family to graduate from college, earning a bachelor of arts degree in chemistry from ASU.

After graduating, Pastor became a teacher at North High School where he taught chemistry and later went on to serve as the deputy director of the Guadalupe Organization Inc., a community-based nonprofit organization. Pastor’s work with students, families and seniors motivated him to enroll in the College of Law at ASU where he received his Juris Doctorate in 1974.

Following law school, he joined Governor Raul Castro’s staff where he enforced the Civil Rights Act of 1964 to ensure that every worker had an equal opportunity to work in a discrimination-free environment. In 1976, Pastor was elected to the Maricopa County Board of Supervisors where he served three terms. In 1991, Pastor was elected to Congress. In addition to serving on numerous committees and subcommittees, Pastor also served as a Chief Deputy Whip. He was appointed to the Permanent Select Committee on Intelligence in the 113th Congress and served on the Democratic Steering and Policy Committee.

Pastor retired after serving 23 years in Congress. At the time, he was Arizona's senior member of Congress. He passed away on November 28, 2018.

Following his retirement from public office, Congressman Ed Pastor donated over 300 boxes of materials to ASU Libraries. These materials are available for research purposes:

Leave a remembrance about the congressman