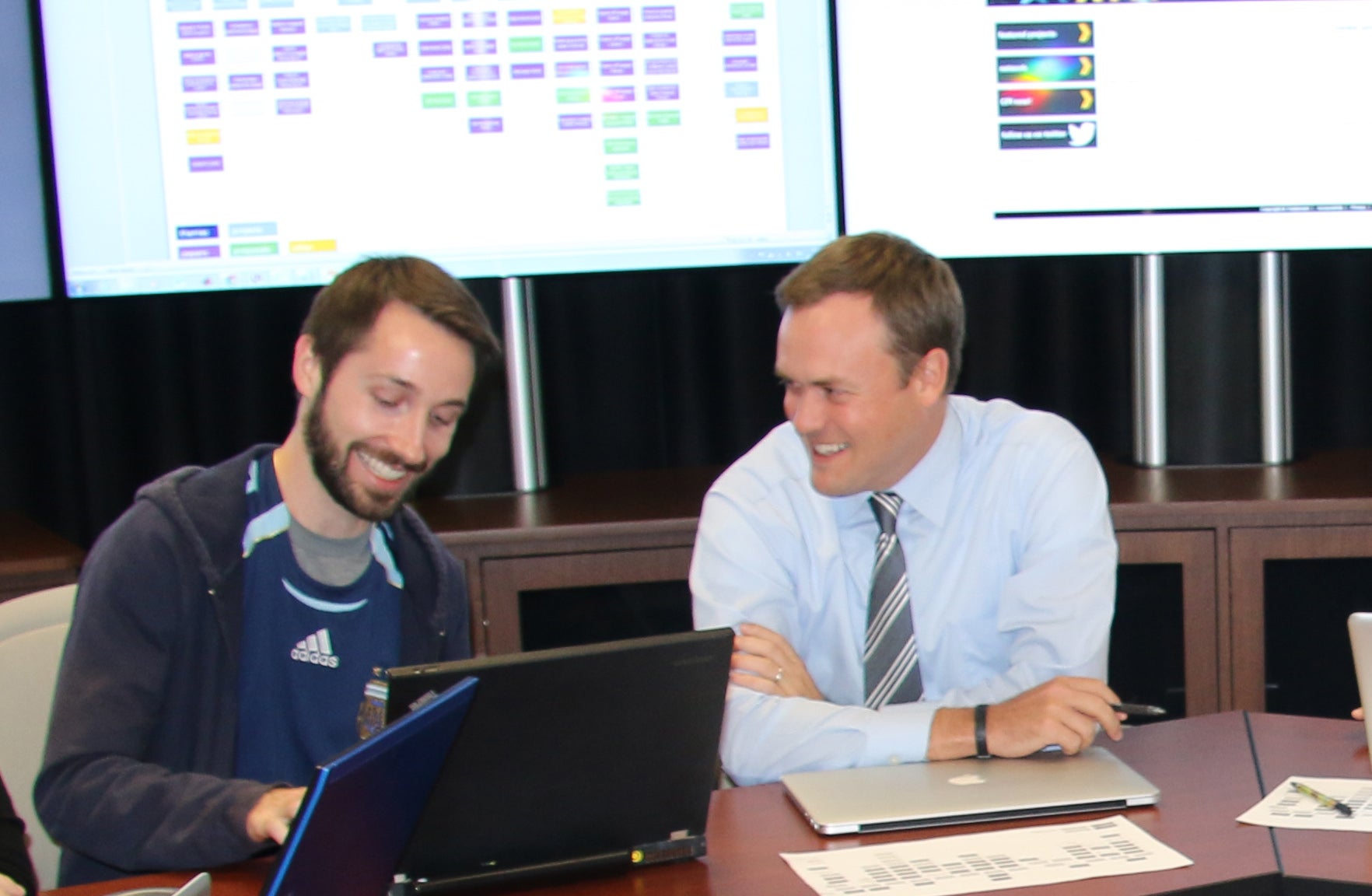 A graduate research associate at the Center for Policy Informatics is working with an interdisciplinary team to save lives using social media.

Jordan Bates, a doctoral student in applied mathematics for the life and social sciences, was part of the winning team at September’s Hacks 4 Humanity event co-hosted by ASU Project Humanities and EqualityTV.

Bates’ team created software that mines Twitter feeds for keywords that suggest suicidal thoughts. They then used machine learning and natural language processing techniques to train bots that would filter the potential tweets down to a manageable number of messages that could then be assessed by humans.

Humans will assess if the tweet should be acted upon and if so, they will have a series of interventions available to make connections to the individual, start conversations or share valuable information about services that could support them. The team called the project Ark Humanity.

“In the beginning, I was looking around to find something similar,” Bates says. He modeled Ark Humanity after FoodBorne Chicago, a health department system already in place in that uses social media to identify and respond to foodborne illness complaints.

Bates also cited a 2013 journal article from researchers at Brigham Young University that showed a correlation between suicide-related tweeters and national data of actual suicide rates from the Centers for Disease Control and Prevention.

The Hackathon was part of the Project Humanities “Humanity 101” movement, an ongoing effort to promote and sustain dialogue, public programming, and understanding about the best that is humanity via seven principles—integrity, respect, forgiveness, empathy, compassion, kindness, and self-reflection.

“It really was an opportunity for community building,” Lester says.

Lester noted the event hosted 200 participants, half of which were volunteers.

Lester says that several Hackathon teams will continue to develop and pursue their projects.

The Ark Humanity team presented their project again at an October Humanity 101 film screening of The Bridge, a documentary about suicide at the golden gate bridge.

“It was very well received and people saw a need for it,” says Lester.

The Ark Humanity team will run a pilot and evaluation before partnering with a larger mental health organization to launch at scale.

“The next step is just to get a working prototype the volunteers can work with,” Bates says.

The Center for Policy Informatics is a research unit in the School of Public Affairs, part of the College of Public Programs.