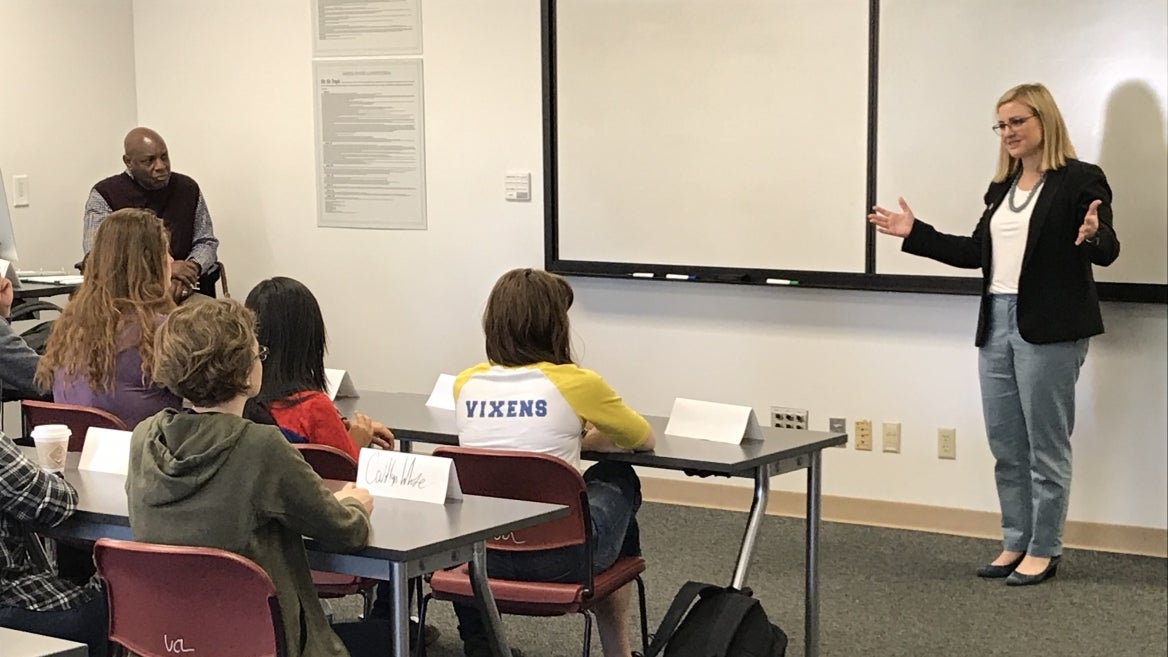 Gallego tells ASU students about public service, what it’s like to be mayor of Phoenix

Phoenix Mayor Kate Gallego talked about her job — that it’s very rewarding but involves dealing with criticism — and encouraged students to sign up for city internships in a recent impromptu talk to PAF 200 students at Arizona State University's Downtown Phoenix campus.

Gallego is a former District 8 City Council member elected earlier this year to fill the unexpired term of former Mayor Greg Stanton, now a Democratic congressman from Arizona. Gallego noted that a large number of Watts College of Public Service and Community Solutions students are currently serving as interns in her office.

The class is taught by Professor of Practice Jerry Oliver, a retired police chief who headed police departments in Detroit; Richmond, Virginia; and Pasadena, California. He has served at several posts in Arizona's state government including director of the Department of Liquor Licensing and Control. Oliver was executive assistant on Gallego’s transition team. During her nearly one-hour talk, the mayor told students how she deals with media scrutiny and works with those on opposite sides of issues.

Phoenix is the nation's fifth-largest city. Population USA predicted its population was to have exceeded 1.7 million by July 2019.