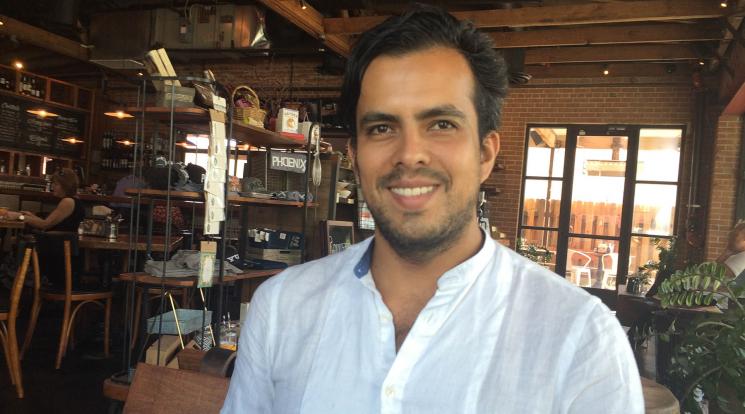 Growing up in Mexico City, Carlo Altamirano-Allende envisioned a career as a physicist. He had the education. But his heart pulled him in another direction.

Altamirano taught at a private middle school and high school in Mexico City while earning undergraduate and graduate degrees in physics at the National Autonomous University of Mexico. More importantly, he coordinated an adult literacy program that placed students in rural communities for two to three months each summer. The students taught adults how to read, write and do mathematics. The adults, in turn, taught students their local customs and livelihoods. For Altamirano and many others, the experience was life-changing. They learned what it was like for those marginalized by Mexico’s economy and politics.

“That kind of changed the way I looked at things,” admits Altamirano. “It made me more  interested in working with people. I mean I love physics. I miss doing physics because in a way it’s an easier role than the social sciences. Everything makes sense. With social science, some things happen that can’t be explained.”

A fifth-year doctoral student in the School for the Future of Innovation in Society at Arizona State University,Altamirano wants to teach people how they can improve their community.

“My dissertation deals with public engagement with science and technology in Mexico,” Altamirano says. “So, I'm really interested in ways of building capacities for people to be better citizens, to be more involved in society.”

That’s one of the reasons he applied to the Spirit of Service Scholars program run by the Congressman Ed Pastor Center for Politics and Public Service in the College of Public Service and Community Solutions on the Downtown Phoenix campus. The year-long program selects a dozen students each year who are interested in public service. Through a series of seminars, workshops and mentoring, Spirit of Service Scholars learn how to become effective advocates and leaders in their communities.

“Carlo is a perfect example of how an interest in public service overlaid against any field or discipline gives students a way to apply what they’re learning in deeply meaningful ways,” said Alberto Olivas, executive director of the Pastor Center. “Public service isn’t just for political science or public affairs students — it has ramifications for all students, and Carlo is a great exemplar of how science and public service can intersect to have tremendous impact.”

Since coming to ASU as a Fulbright Scholar, Altamirano has been actively involved on campus and beyond. He worked as a research assistant for the Center for Nanotechnology in Society, assists study abroad programs to Morocco and Ecuador and is assisting an ASU program that introduces new energy solutions to young leaders in Pakistan.

Altamirano is an elected member of the ASU Graduate and Professional Student Association where he currently serves as director of advocacy. And he is co-president of Local to Global Justice, an ASU student organization that promotes the connection between local diversity, sustainability and social justice issues with what’s happening worldwide. The group was co-founded by Arizona congresswoman Kyrsten Sinema when she was a student at ASU in 2001.

Altamirano says he’s looking forward to getting to know other Spirit of Service Scholars and collaborating on upcoming projects.

“It’s a great honor to be a Spirit of Service Scholar,” said Altamirano. “The name really says a lot. It's kind of this advocacy to serve, to help others. We are interested in making our communities a better place either at the local or state level.”

Once he earns his doctorate, Altamirano hopes to work for a nonprofit or think tank doing just that.

“I’d like to do research on ways to get people more involved in the political process,” said Altamirano. “I think this program will definitely help me and motivate me to move towards that direction.”