When Arizona State University’s Public Service Academy (PSA) debuted in 2015, its intention was to educate the next generation of public servants. At the time, it was the only program of its kind in the country. The goal was to lead a charge that other universities would follow.

Now in its fifth year, the collaborative leadership development program under the direction of Brett Hunt has educated more than 500 undergraduates to positively impact society by working across sectors — military, government, private and nonprofit. And the PSA’s Next Generation Service Corps (NGSC) brings to life trusted American news anchor and author Tom Brokaw’s vision for a national network of public service academies that provide citizens with an opportunity to serve our country.

Now others want in.

A new partnership between ASU’s Watts College of Public Service and Community Solutions and the Volcker Alliance is making that happen. The two recently launched the Next Generation Service Partnership (NextGen Service), a national initiative that seeks to expand public service learning experiences for undergraduates as they take on the most complex challenges of our time.

Four other universities have answered the call from ASU and the Volcker Alliance to establish programs of their own in 2021, and many others have expressed interested in joining the movement, according to Hunt. 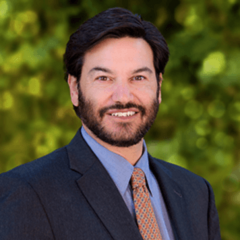 “The Public Service Academy was established to illuminate pathways for young people into a life of public service — not necessarily as a job, but as a lifestyle,” said Jonathan Koppell, dean of the Watts College of Public Service and Community Solutions. “Our goal has to been to build a movement, to create a network of university-based public service academies that will empower undergraduates to create change in the world. We hope to see Public Service Academy-type programs in every state in the not-too-distant future.”

Others feel the same way and are helping ASU to build a movement.

“ASU’s Public Service Academy caught our attention because it’s one of the few programs of its kind in the country that are conscientiously engaging undergraduate students across disciplines,” said Sara Mogulescu, executive vice president of the Volcker Alliance, a nonprofit, nonpartisan organization based in New York City. “We were smitten with the PSA, as were many of the deans we were working with, and so we began thinking about how we might collaborate with ASU to help scale this compelling program.”

The goals of the NextGen Service initiative are to:

Thanks to a generous planning grant of up to $100,000 from the Volcker Alliance, universities are stepping up and catalyzing their own programs.

All of them have plans to unveil a new program in 2021.

Georgia State University’s Sally Wallace said their program will not have a military component and will start small.

“We see a lot of volunteerism in Atlanta, which is driven by civil service workers and the generation ahead of us who took an active role in civil rights,” said Wallace, dean of the Andrew Young School of Policy Studies. “We see a lot of interest in our students to do good, and that can be defined in many ways. We’re also excited that we can infuse this across almost every discipline.” 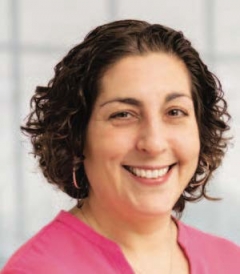 Wallace said Georgia State will launch its program – tentatively titled Developing Community Leaders for the 21st Century — in the spring with about 25 students. And like ASU, she believes it will be a certificate program.

Sian Mooney, dean of Indiana University's Paul H. O’Neill School of Public and Environmental Affairs, plans on taking a little more time to launch a program. She hopes to start in fall 2021 with 50 to 75 students.

“It was a fantastic idea to really engage students across the university and in public service,” said Mooney, who is a former associate dean at ASU and saw the inner workings of the PSA up close. “We put together a very competitive proposal and a compelling argument as to why something like the Public Service Academy would be successful at Indiana University, which serves almost 85,000 students.”

Speaking of students, PSA alumni say their involvement in the program was mutually beneficial and unforgettable.

Daniel Hoop enrolled in the PSA in fall 2016 as a Next Generation Service Corps member. As an engineering management major, he was placed in an internship with Tempe-based 33 Buckets, a nonprofit that empowers communities through lifetime access to clean water.

Hoop traveled to Peru and El Salvador during his internship and said those experiences shaped his life.

“It really opened my eyes to the fact that I could have a career in the social sector,” said Hoop, who is now an executive director for 33 Buckets. “I found a profession that was helpful to others and find fulfillment for myself.”

Imani Stephens, a 2019 PSA graduate, said her four years in the program helped her become a better person, journalist and student.

“The Public Service Academy served as a tool where I went to cover stories as a journalist and understood the various sectors and how they worked together,” said Stephens, who is pursuing a law degree from the Sandra Day O’Connor College of Law at ASU. “It gave me a marketable skill through the knowledge that I gained through internships and volunteer opportunities the academy afforded to me. It allowed me to believe that there was room for public service while I had another vocation.”

For more information on the Next Generation Service Partnership, visit the Volcker Alliance site.

Top photo: Medallions are staged for the 96 graduates of the first cohort of the Next Generation Service Corps on, May 4, 2019, at the Student Pavilion. The Service Corps, part of the Public Service Academy, is a four-year leadership development program (with a two-year transfer track) where students study their chosen major, engage in practical elements of leadership, learn cross-sector collaboration and take internships each summer working on real issues in the public, private and nonprofit sectors all while pursuing their own chosen social mission. The PSA recently inspired four universities around the nation to develop their own programs. Photo by Charlie Leight/ASU Now