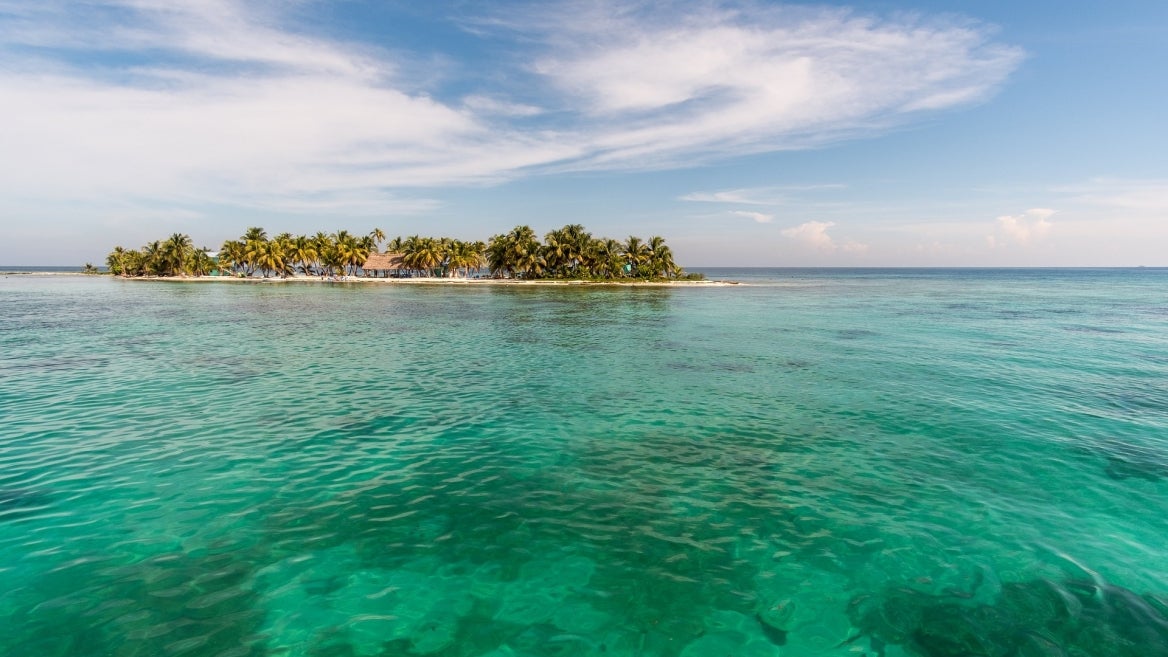 Every semester, when thousands of students move their graduation cap tassels from right to left, it doesn’t mean education has ended for them. Arizona State University has committed to offering opportunities for community members to be lifelong learners — not just by earning credits and degrees, but by expanding their experiences and world views.

The Osher Lifelong Learning Institute at ASU has enlisted faculty to teach short, high-level, noncredit courses to adults over 50 for more than a decade. And now, beyond classroom learning, Osher members have a chance to make a difference in the world through the new OLLI Corps — a partnership with the National Peace Corps Association and Discover Corps.

OLLI is intended to connect older adults to the university, building a sense of community and providing a way to engage with each other and the knowledge, according to Richard Knopf, who is director of the Osher Lifelong Learning Institute at ASU.

“All the literature on older adults says people who have a sense of purpose, a sense of giving back, live longer and have all the biomedical markers of being healthier,” said Knopf, who also is a professor in the School of Community Resources and Development, which houses the Osher Lifelong Learning Institute at ASU.

OLLI at ASU is the first of the 126 Osher university-based programs in the nation to offer a volunteer travel program affiliated with the Peace Corps.

“We take a lot of pride that ASU incubated this idea, and it’s going national,” Knopf said. “All eyes will be looking at ASU and saying, ‘This is an amazing idea, but will it really work?’

“And if we’re successful, we’ll launch other destinations and it won’t be long before it’s picked up by the entire network.”

Claire McWilliams, an instructor in the School of Community Resources and Development, will be one of the ASU faculty members leading the weeklong trip.

“The idea is not to ask the members, ‘What would you like to do?' — but to find out the missions of the Peace Corps in that area,” she said.

“Our members will be directly assisting the Peace Corps members, mostly with health education in school environments. This makes sure the activities are relevant to the community and not just ‘feel good.’”

McWilliams will lead the OLLI Corps members in reflection exercises before, during and after the trip.

She believes the trip will be a chance for self-discovery for the older adults, who want to stay engaged with the world.

“The first Osher class I taught, I left with ideas for how to make my undergrad presentations better," she said. "They came to the table with so much and they had so much of their own life experiences to offer.”

OLLI at ASU has worked to integrate older adults into the ASU community in several ways, including through soliciting ideas from ASU students. The Intergenerational Learning Service Scholarship is awarded to students who come up with ways to have younger college students and older adults engage in projects together. ASU archaeology senior Bailey Cacciatore demonstrates how to take video for the photogrammetry technique at the Osher Lifelong Learning Institute's class at the Deer Valley Petroglyph Preserve on Oct. 2. She won the OLLI Intergenerational Learning Service Scholarship for her proposal to coordinate archaeological learning. Associate Professor Matthew Peeples guided the three-hour session on 'The Art of Rock Art.' Photo by Charlie Leight/ASU Now

Virginia Miller won the scholarship in 2018 for her project in helping to create OLLI Corps, which started with her vision of an intergenerational “study abroad.”

“It was my vision to fuse traditional-age students with Osher members and to see how transformative travel happens on both sides,” said Miller, who studied abroad in Fiji and Australia in 2015. She is pursuing a master’s degree in social science, community resources and development.

“So we took the study abroad model and scaled it into an OLLI-type course, mixing service learning with transformative travel,” she said. “It’s still our long-term goal to eventually have ASU students go along on these trips.”

Other scholarship winners’ projects include a mural about immigration painted near the Downtown Phoenix campus, an intergenerational ukulele club and a theater experience.

Bailey Cacciatore, a senior majoring in archaeology, was a student worker at the Deer Valley Petroglyph Preserve in north Phoenix last year when she came up with the idea that won her an intergenerational scholarship.

“I found there was a disconnect between archaeology and the general public and I wanted to find a way to connect the two. The scholarship allowed me to create this class and bring different people with different backgrounds and ages and ideas together to show them that they can contribute and make them feel like they’re archaeologists,” she said.

So last week, about a dozen OLLI members spent a morning at the preserve learning how to harness new technologies in documenting rock art. The class, called “The Art of Rock Art: Hands-On Methods for Archaeological Photography,” was led by Matthew Peeples, an associate professor and the co-director of the Center for Archaeology and Society in the School of Human Evolution and Social Change, along with Kendall Baller, a graduate research associate in the Center for Archaeology and Society, and Cacciatore.

The OLLI members walked the preserve trail, taking photos and videos of petroglyphs — images chiseled into the basalt by indigenous people hundreds to thousands of years ago. The Deer Valley Petroglyph Preserve has one of the largest concentrations of rock art in the country. Cacciatore explained to the members that one reason is probably because the area, near the Skunk Creek, was an ancient “pit stop” on a trading route.

Back in the visitor center, Peeples showed the group how to use free or low-cost software and smartphone apps to turn murky photos and low-quality videos into stunning images of rock art that can then be used to create three-dimensional models. He also showed how the technology can enhance an image to make a petroglyph that’s nearly invisible to the naked eye show up in a photo.

“You don’t need fancy equipment to do these things,” Peeples told them. “And now we can take our laptops into the field and process these images in real time.”

Frank Grinere, a physical therapist from Scottsdale, has loved archaeology since he was a child and took the class because he was excited to learn new techniques.

“It’s amazing what you can do with even limited technology,” said Grinere, who’s taken several other Osher courses.

“They’re interesting and accessible and what really impresses me about Osher in general and this class in particular is how generous the instructors are. It’s like we’re regular students,” he said.

The benefits go both ways.

“Archaeology is one of those fields where nonprofessionals can and do make big contributions to the field,” Peeples said.

“If we can harness the energy of interested people, it’s a great way to find volunteers. Having students do work is great but a lot of the Osher people are retired and they have the time, willingness and ability to help at any time of the year.”

OLLI as a window into the community

Knopf said that the OLLI Corps model could be scaled up, depending on its success. One measure of success is financial viability for future trips. The members paid $2,500 each for the Belize trip, which includes housing, food and transportation for the week. With a limited number of seats, the trip sold out almost immediately, said Knopf, who hopes to be able to offer travel scholarships in the future.

Other measures of success will be scholarly. Miller will be working with the members to quantify their experiences and how it changed them. Her research will be added to the wealth of studies that exist on OLLI members. Studies done at ASU of OLLI populations at ASU and elsewhere have found:

OLLI at ASU offers about 150 courses taught by faculty this semester, including tough topics like the antivaccination movement, plastics pollution in the ocean, the right to die, gender identity and the use of force by police. More traditional classes include crafting, art, literature, music, history, self defense, health, personal finance and the desert ecology. Most courses are one or two sessions and vary in cost from $14 to $65. Most are less than $30 and some are free. Course locations are around the Valley.

The OLLI model is expanding to include more member-driven projects, according to Abby Baker, program coordinator for OLLI at ASU.

“The classes are awesome. We know how to produce outcomes,” she said. “And there’s a power in shifting from these outcomes to the process and allowing our membership to have a voice.”

Last year, the members produced an anthology of writing, artwork and photography, with help from Rosemarie Dombrowski, principal lecturer of English and the first poet laureate for the city of Phoenix.

“It was completely member-driven. They populated the board, and were the editors and submitters,” Baker said. “It’s a work that’s ASU-branded and ASU-caliber.

“And it transformed people along the way.”

Another initiative is Learning Enrichment Groups, which are led and managed by members. Current groups include “Acting on Climate Change” and “Me Too and Beyond.” One group reads and discusses fiction with middle schoolers and another explores restaurants in the Valley.

Knopf said that there are about 2,400 members in the OLLI network, and he has done a lot of research on what drives them.

“One fundamental truth is, they are anxious to see the world through a different lens. They’re anxious to have their own truths be questioned,” he said. “These are not naïve folks.”

Top image of Belize by Pixabay