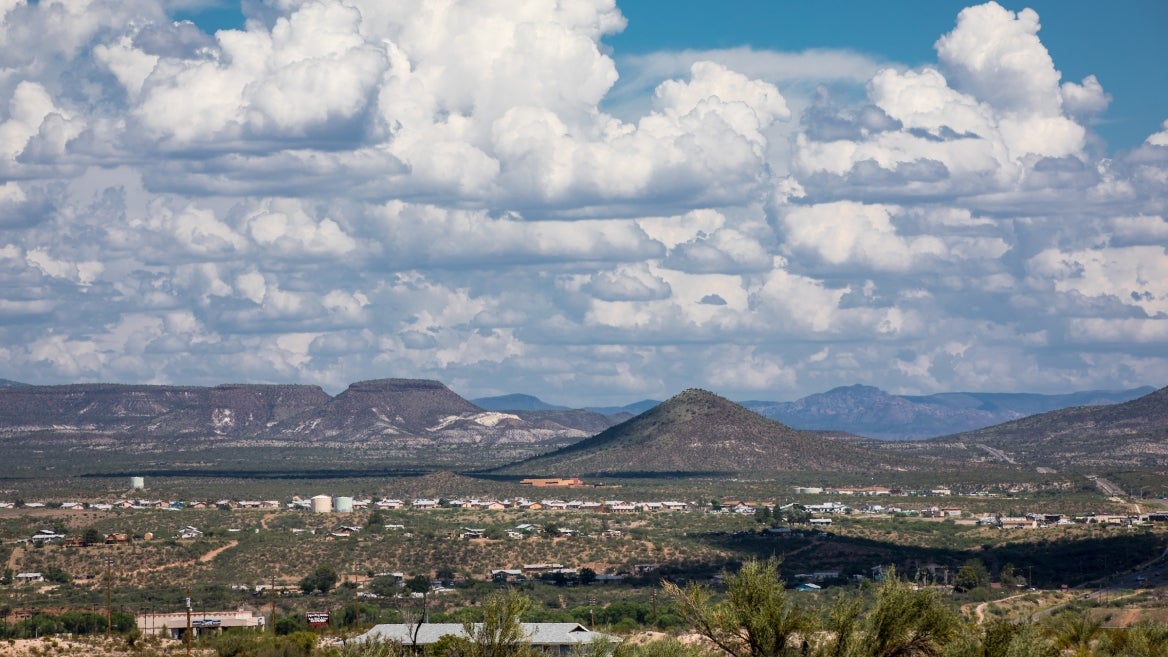 ASU study: Much of Indian Country lacks access to internet, but 5G expansion could be a chance to catch up

Technology is hurtling forward, and a policy group at Arizona State University is working to make sure that tribal nations across the country are not being left further behind.

The American Indian Policy Institute at ASU has released a new research paper showing that many Native Americans do not have equal access to the internet and that most are using smartphones to go online at slower speeds.

The project, “Tribal Technology Assessment: The State of Internet Service on Tribal Lands,” is important for two reasons: One, little research has been done on this issue, so the picture of Indian Country connectivity is incomplete. And, as the major telecommunications providers work quickly to expand 5G service, it’s an opportunity for tribal nations to catch up.

Traci Morris, director of the American Indian Policy Institute, is co-author of the new report and also worked on the most accurate previous research on tribal connectivity, which came out in 2009.

“There were a lot of numbers out there, but a lot of it was inaccurate, so that was the first study of its kind,” Morris said of the 2009 report. Nationwide reports that measured digital access and literacy typically excluded Native American populations because the sample size was too low. Some research relied on self-reporting by telecommunications companies, which was inaccurate.

“When my board was formed in 2016, one of the first things they said was, ‘You have to do the real, baseline, academic, replicable study,’ ” she said.

Researching internet use on tribal lands is difficult because the population is remote and spread out, Morris said. And the research team wanted to make sure they were measuring people’s internet use in their homes, not at work.

So the team developed a 22-question survey and then went out and interviewed people at tribal gatherings, such as powwows, festivals and Indian markets, in 2017. They asked whether the internet was accessible in the household, how they were accessing it and what they were using it for. In 2018, the team sent additional surveys through email and social media. The project ended up with 160 respondents who were enrolled tribal members in 19 states.

“It’s a small study — we recognize that — but it is replicable,” she said. “The difficulty is how do you survey 573 tribes?”

Among the survey’s findings were:

The report also found that reservation residents rely on public wi-fi or connectivity at other people’s houses.

The findings are meant to be a starting point for further research — such as whether the dominant use of smartphones limits access to online education or e-commerce, said Morris.

Among the recommendations in the report are:

Another recommendation is to require providers to discontinue the practice of stockpiling “spectrum licenses” over tribal lands. “Spectrums” are the radio frequencies that devices use to communicate. The FCC manages the licenses, which are sold at auctions, according to Brian Howard, research and policy analyst for the American Indian Policy Institute at ASU.

“Usually, the licenses go for hundreds of millions of dollars, and tribes don’t have that kind of capital,” said Howard, co-author on the report. “So many times, major industry providers will buy up a lot of those spectrum licenses, especially if they cover tribal lands.

It comes down to profits.

The institute is emphasizing the message that spectrum is like a natural resource.

“A natural resource could be water, minerals, precious metals, oil or gas. Those are easy to understand because they’re tangible,” Howard said.

“You can’t see spectrum so people don’t necessarily understand the infrastructure behind the internet connection on their phone.”

Morris said: “People don’t think about the impact spectrum has on our everyday lives. It’s everywhere. And you assume a tribe has its land, why doesn’t it have its airspace?”

The next frontier is 5G, which stands for “fifth generation” wireless technology, which can move data faster and among more devices. The technology is in very limited use in a few urban areas now, but providers are working to expand it.

“This gives us another opportunity to say, “If you’re going to repurpose spectrum from federal use to commercial use for 5G deployment, then tribes need to be involved in that process to identify which areas of their reservations are underserved, and to hopefully push tribal priority,” Howard said.

“When that spectrum license area is identified, if it covers tribal lands, then tribes should have the first crack at it before it goes to auction, because once it goes to auction, you get the AT&Ts and Verizons and Sprints of the world laying down a lot of money to buy that license and tribes can’t compete at that level.”

But digital equity will require more than 5G access.

“There needs to be a broad ecosystem of technologies,” he said.

“We were very careful in the study because we saw high use of mobile technology, and the FCC has been pushing that for a number of years now, saying, ‘As long as you have a smartphone, you’re connected, you’re fine.’

“But you’re not going to use a cellphone in a school to take a standardized test online. You need access to a real computer to do that.”

Top photo: San Carlos is about 110 miles east of Phoenix, on the San Carlos Reservation. “Tribal Technology Assessment: The State of Internet Service on Tribal Lands” is the first report out of the American Indian Policy Institute since its move to the Watts College of Public Service and Community Solutions earlier this semester. Photo by Charlie Leight/ASU Now