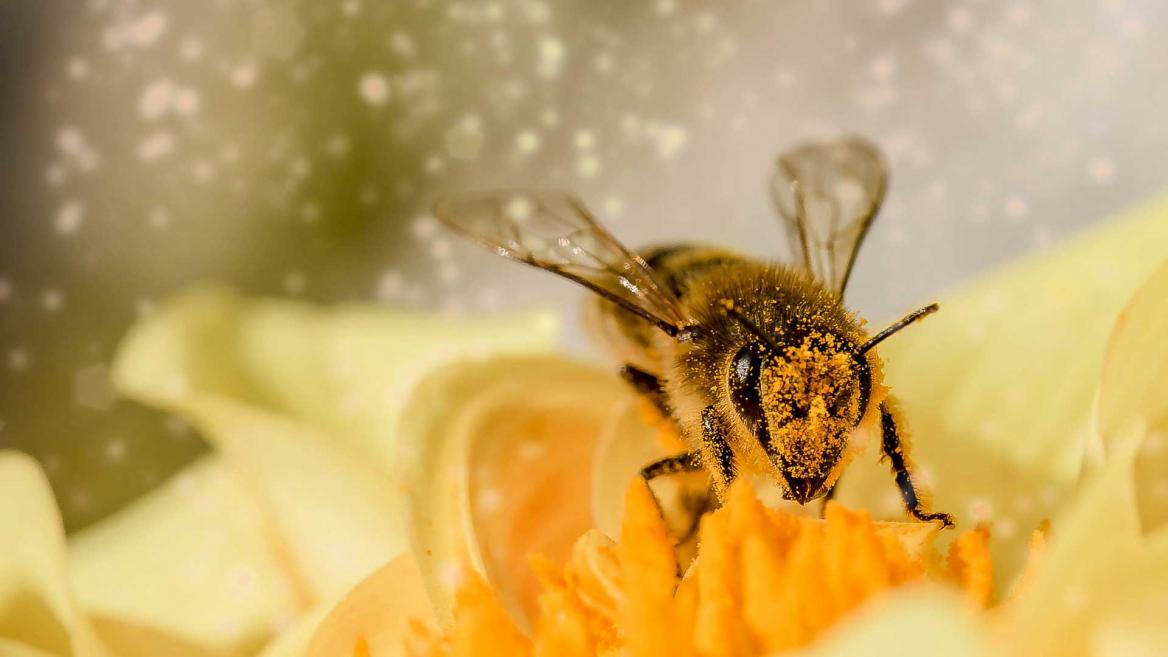 One of the surest signs that spring has sprung is the abundance of fresh blooms sprouting from greenery everywhere. For that, we have the work of honeybees to thank, unwittingly pollinating plant after plant as they go about collecting the fine, dusty gold for their queen.

But those industrious little black and yellow fuzzballs aren’t the only things transporting pollen — it’s literally everywhere and sticks to everything, making it an invaluable tool to use for tracking movement.

Forensic palynology is the study of pollen, spores and other acid-resistant microscopic plant bodies to prove or disprove a relationship among objects, people and places. Now, with the support of a multimillion-dollar grant from the Department of Defense, a team of interdisciplinary researchers at Arizona State University plan to use it to improve the U.S. government’s ability to identify where and when criminals and their weapons of destruction are moving. “For me, the most exciting aspect of this project is the collaborative work (and team) that spans the social, spatial, ecological and biological sciences,” said Anthony Grubesic, director of the Center for Spatial Reasoning and Policy Analytics at ASU, who will lead the team.

“All the project investigators are experts in their own fields, but the cross-pollination (no pun intended) of our ideas and methods hold real promise for improving models of pollen diffusion and improving the accuracy of geoforensic efforts in tracking objects of interest for law enforcement and the military.”

The team includes Watts College of Public Service and Community Solutions College Research Professor Elisa Bienenstock and School of Geographical Sciences and Urban Planning Associate Professor Daoqin Tong, in collaboration with geographers and biologists from the University of Texas and Emory University.

During the five-year project that is part of the DOD Multidisciplinary University Research Initiative (MURI), the team will work to find methods for using the distinctive genetic signatures of pollen to track the origins of improvised explosive devices and other activities.

MURI is a highly competitive DOD program that has made immense contributions to both defense and society at large. For fiscal year 2019, the Army Research Office, the Office of Naval Research and the Air Force Office of Scientific Research conducted a merit-based review of nearly 300 proposals.

Grubesic and his team submitted the winning project proposal, titled “Networked Palynology Models of Pollen and Human Systems (NYMPHS),” to DOD, making ASU one of only 24 universities selected to lead projects that span multiple scientific disciplines.

Along with ASU, some of the award-winning institutions include MIT, Boston University, University of Chicago, Penn State and the California Institute of Technology.

“The project underscores an important dimension of the Watts College commitment to public service,” said Jonathan Koppell, dean of the Watts College. “We are committed to advancing national security, in this case, by pulling together multiple disciplines using advanced analytic frameworks under the leadership of Dr. Grubesic.”

Pollen’s constant presence in the environment makes it a useful biomarker. It is durable and has predictable distributions across terrains. Investigators have used palynology in the past to link movements of bodies in mass graves in Bosnia, and researchers are confident traces of pollen can help determine the origin of items such as computers, undetonated explosives and papers.

The team aims to develop a NYMPHS geocomputational toolbox; extend the use of DNA metabarcoding for identifying pollen samples; develop a rapid-deployment sampling framework for capturing airborne pollen; develop validation methods for determining accuracy, precision and uncertainty of species distribution models; and enhance use of social network methods and mathematical optimization to generate accurate geographic localization for objects that have moved among locations.